By Alesia Stanford For Dailymail.Com

Dean McDermott and his ex-wife Mary Jo Eustace are on much better terms these days amid rumors of marital woes in his current relationship.

The Quarantine Bunch star, 55, and the Cell Candy skincare founder, 60 spent time together in San Francisco as they watched their son, Jack, 23, graduate from San Francisco State University this week.

The comedian posted a picture of himself, Jack and his ex on Instagram, writing, ‘So proud of this young man!! He graduated SFSU today!! So grateful to take part in this celebration and journey with @jackmonty and @maryjoeustace.’

While the trio were grabbing a drink in the Bottle Club Pub, the recent grad shot a quick video and shared it on his Instagram stories, writing ”LOOK WHOS HERE!!!!’

The former spouses haven’t always gotten along so well, as both admitted on the Toronto native’s Daddy Issues podcast that they went years communicating via text, until about 2019, when they were able to establish a good co-parenting relationship.

The cordial outing comes amid over a year of divorce rumors surrounding Dean’s relationship with current wife Tori Spelling.

Rumors: Jack, 23, shared pictures of time he spent with his parents at a local bar writing ‘LOOK WHOS HERE!!!’ in his Instagram stories which got the rumor mill rolling

In March 2021, The BH90210 star was spotted without her wedding ring and in October of the same year, she was seen outside a lawyer’s office, reportedly with a legal pad with the words ‘custody,’ ‘support’ and ‘assets’ written on the page.

The Pretty Hard Cases actor was also seen without his ring, but has claimed he lost it.

Then back in November a source close to Tori claimed there is no way back for the exes, who have been married since 2006, but she wants to make sure she is ‘financially’ stable before submitting divorce papers. 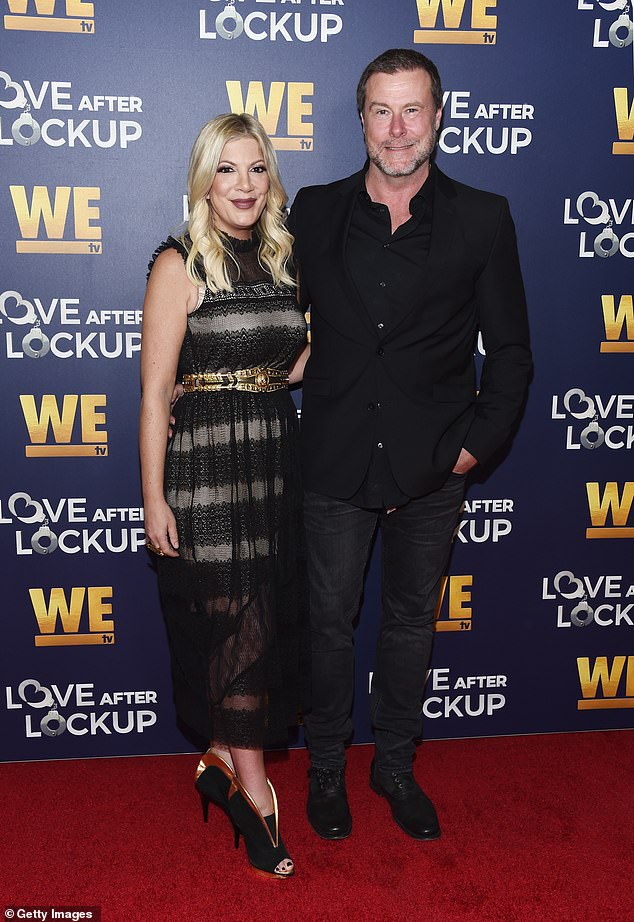 Trouble in paradise: The cordial outing comes amid over a year of divorce rumors surrounding Dean’s relationship with current wife Tori Spelling, the pair are seen in December 2018

They told E! News: ‘The marriage is over and has been for a very long time now.

‘Tori has met with her lawyers and is planning to file very soon. She’s trying to work it all out and make sure she is financially OK first.’

Both Dean and Tori were married to other people when they met in 2005. They tied the knot in 2006 in Fiji and renewed their vows in 2010.

Dean was caught cheating on his wife in 2013, when US Weekly reported the infidelity.

The media savvy couple decided to work through their relationship on camera in the Lifetime reality show True Tori. Divorce Sucks author Mary Jo also participated in the show. 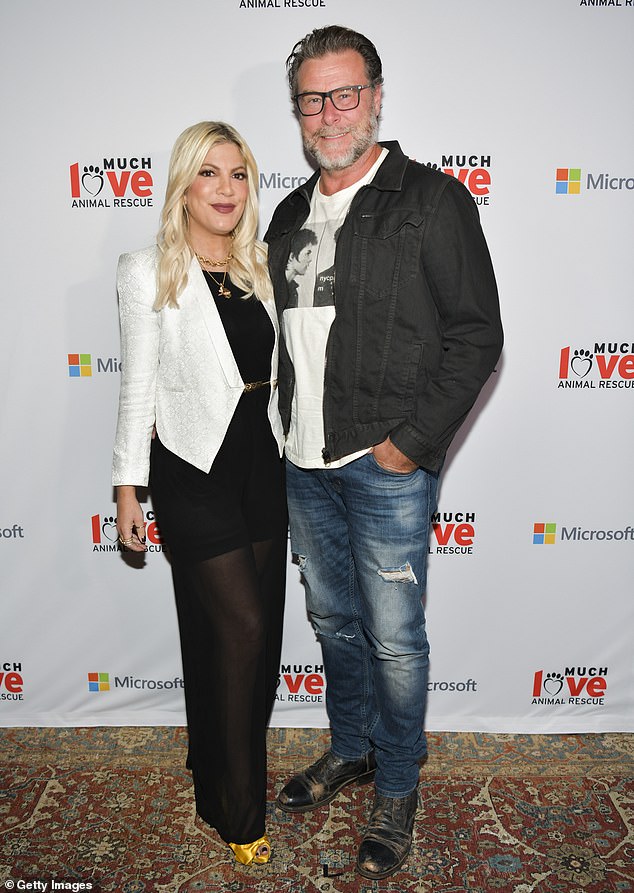 Ups and downs: Tori and Dean wed in 2006, one year after they met. Their marriage has gone through ups and downs. Dean’s infidelity in 2013 was featured on the reality show True Tori in 2014

High and low points of Depp vs Heard trial

The films showing sex workers in a new light