There are just over five weeks until the opening of NHL free agency and you get the sense things are about to escalate on a number of fronts.

Just not quite yet, though.

The posturing might last just a bit longer before player agents and front offices put their game faces on. There’s still enough time.

Let’s take Johnny Gaudreau and Filip Forsberg, for example — the top of the pending UFA crop as far as star offensive power.

Contract talks have begun again between the Predators and Forsberg’s camp — led by veteran agent JP Barry of CAA Sports — but my sense is there remains a gap in where each side is willing to go at the moment. But it’s early June, and free agency opens July 13. There’s still lots of time before each side truly presents its final, final stance.

And this is where knowing both the agent and player is important if you’re the Predators. No question Forsberg would rather not leave Nashville, but I would be careful not to tap into that too heavily if I were the Predators. Barry has negotiated some big situations over the years, including sticking to his guns with Carolina owner Tom Dundon a year ago and bringing UFA D Dougie Hamilton on a monster deal to New Jersey.

There’s not a lot of bluff in Barry’s game. GMs around the league know that. But at the end of the day, agents take orders from their clients. What we truly, truly don’t know is how willing Forsberg actually is to leave Nashville. Is this simply about Barry pushing the Predators as far as possible and then Forsberg definitely taking that deal? Or is there a threshold set by the agent that the player is willing to stick to and that would send them to the market if the team doesn’t move enough?

Prediction: Forsberg re-signs with the Predators, but it’s going to take some more grinding to get there.

Less predictable in my mind is where the Gaudreau situation is headed. Fresh off a whopping 115-point season, the UFA winger has indicated a genuine love of playing in Calgary. I do think that’s real. So, that’s an important start. But on the flip side, an extension didn’t get done last summer before talks were frozen once this season got underway. Why didn’t it get done last summer?

Again, we’ve got a veteran player agent involved here in Lewis Gross, who has been in this situation many a time.

Flames GM Brad Treliving made it pretty clear at the team’s season-ending media availability that he isn’t going to sit back on this one. He’s going to aggressively try to get Gaudreau re-signed. But I think if you read between the lines, there’s a more important message hidden in there: It’s not just about wanting to re-sign Gaudreau but also wanting to get some kind of answer — either way — on the player’s true intentions sooner rather than later.

Which is to say I don’t think the Flames will want to be doing this dance on July 11 or 12 ahead of free agency. They will want to know where they stand probably within the next couple of weeks. Because if they realize they can’t get him signed, they will want time to pivot. Remember, they also have RFA Matthew Tkachuk to sign.

The question, however, is whether Gross gives Calgary a firm, clear answer on that kind of timetable or uses the next five weeks to play things out.

It wouldn’t surprise me if there’s a scenario in which Gaudreau and Gross don’t want to close the door on Calgary but, given how close they are to the UFA market, may also want to take a peak. That’s a scenario the Flames can really live with. They need a firmer answer than that.

One thing to also remember: If for whatever reason the Flames can’t re-sign Gaudreau, and decide to gauge the trade market ahead of July 13 to see if the eighth year on a max deal is worth enough to another team to jump the start of free agency, Gaudreau can only be traded to five teams without his consent. So the agent has a lot of control over that particular path.

For now, the only thing the Flames are focused on is finding out if Gaudreau would re-sign and, if so, how they can make that happen way before July 13.

The veteran centre, 36, is coming off a one-year, $3.75-million deal with the Jets and while he will keep the door open to Winnipeg, it seems likely the pending UFA may also look at what’s out there on the market. He put up 45 points (21-24) in 71 games this past season, remains a versatile forward who can play in different roles and has the team-first demeanor of a low-maintenance player. I could see some Cup contenders calling.

The priority at this stage of his career is having a chance to win.

“I’m getting older in my career so I don’t really have that much time left. So really for us, it’s that I just want to win,” Stastny told The Athletic on Monday. “It’s finding a good opportunity where you know you can help the team and you’re a good fit. Obviously it’s always hard thinking like that because there’s so many good teams you just never know what happens throughout the year.

“But who is coaching the team and the style they play, I’ve been around long enough and understand the game now as far as what different coaches bring and which ones bring the best out of you. And which ones can help the team as well.”

So all those coaching openings around the NHL, including in Winnipeg, will have an impact on his free-agent decision.

For now, for a veteran UFA like Stastny who has been here before, it’s about being patient and seeing how things play out.

“We know we’re going to wait until July 13 when free agency is but a lot of things are going to happen,” he said. “You’re going to see where coaches go, you’re going to see trades being made, what players are being signed, stuff like that, which changes the dynamics. It’s really tough to kind of know what’s going to happen when you’re still over a month out. But as it gets closer, I’ll sit down with advisors and we’ll figure it out.

“But situations like this, we normally wait last minute.” 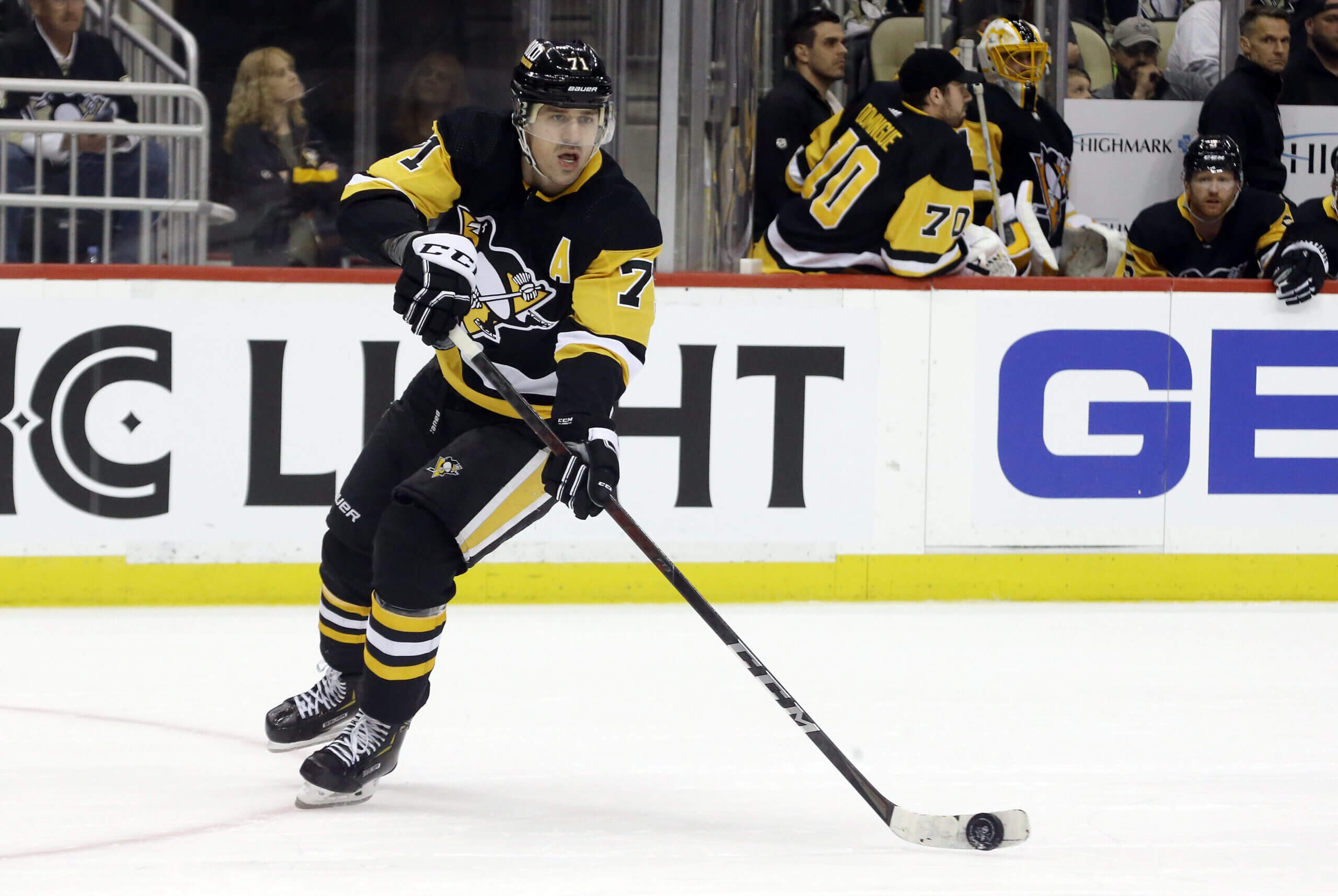 There’s been ongoing dialogue between the Penguins and Malkin’s camp since the season ended but my sense is that negotiation is still awaiting its breakthrough moment.

Malkin’s camp has presented a few concepts to Pens management, but so far nothing is moving the needle enough.

I think this one eventually gets done but Pens GM Ron Hextall has quite a puzzle to piece together with all his pending free agents and a tight cap situation. I think Malkin would give in a bit on term as long as the dollars were right.

There haven’t yet been any talks between the Stars and the camp for pending UFA John Klingberg but the expectation is that both sides will probably chat in a couple of weeks.

That doesn’t mean both sides will finally be able to find the middle ground that has escaped them in previous talks regarding an extension. There haven’t been any meaningful negotiations since January.

Things got so frustrating for Klingberg and his agent Peter Wallen during negotiations several months ago that Klingberg asked for a trade, which was well publicized. That trade never materialized.

The reality is that Klingberg would like to stay in Dallas but on a contract that he feels befits his stature and talent.

And that’s where this thing keeps hitting a bump in the road. What the Stars feel is right contract-wise for the 29-year-old has not matched what the agent has asked for. Can they find middle ground before July 13?

I’m not convinced of it, but at least both sides are indicating they will give it one more shot.

If the Stars lose Klingberg to free agency, I wouldn’t be surprised to see Montreal pick up the phone and gauge the Stars on Jeff Petry, 34, who has three years left on his deal at a $6.25 million cap hit.

There have been ongoing talks between the Penguins and Letang’s camp ever since the season ended, sources say, which is encouraging in one sense as far as the idea that Letang might be able to stay put in Pittsburgh. On the other hand, until there’s an actual agreement, this one is actually a tough one to predict given Pittsburgh’s cap situation and other factors up in the air (including fellow pending UFA Malkin).

The Letang negotiations, going back a year, have always largely been about one thing: term. Hextall wants to be careful about the number of years for a 35-year-old player. On the flip side, if you’re Letang, you’re a legacy player who just had yet another outstanding season with 68 points (10-58) in 78 games, averaging 25:46 per game — the highest ice time of any pending UFA in the NHL.

This is one of those negotiations where you can easily defend each position. Again, it’s certainly positive that both sides continue to talk.

The 27-year-old UFA winger’s agent, Dan Milstein, indicated to me Monday that he’s planning on talking to Leafs management within a couple of weeks.

Milstein says the Leafs are a “world-class organization” who have treated Mikheyev very well, so they’re open to having the conversation about potentially re-signing.

Of course, things are always tight under the cap for the Leafs, and after putting up a career-high 21 goals in just 53 games this past season, Mikheyev has clearly earned a raise on the $1.645 million he earned this year. At the very least, he’s probably looking at $3.5 million a year on the open market, and I just don’t think the Leafs can do that given their cap situation.

Let’s see what comes of that conversation between both sides, but I find it hard to envision the Leafs being able to come up with a contract that works.

Red Wings GM Steve Yzerman met last week with the new CAA reps for Dylan Larkin, who has one year remaining on his deal and is eligible to sign an extension as early as July 13.

My sense is that conversation was very much preliminary in nature given the player’s recent change in representation, but I also think both sides expressed a desire to explore a one-year out extension this summer.

Blue Jays looking for answers after another difficult outing for Kikuchi

Top 10 prospects at each drill