This is Brampton, where anything and everything can happen,” crooned Sidhu Moosewala in B-Town (2019) as a tribute to the city that built him. It was here in 2017 that the 23-year-old student from Mansa village first made music that shot him to fame and he joined the A-listers of Punjabi rap and pop. Today, Brampton, a city in the Greater Toronto Area, has become a global powerhouse of Punjabi music. From Deep Jandu and Fateh Doe, Noyz to Selena Dhillon and Jonita Gandhi, the latest stars on the Punjabi music scene, write, compose, shoot and perform here.

Once known as the Flower Town of Ontario — it used to be a major exporter of roses in the 1870s — the East Coast city of 600,000, most of them immigrants, has now become a nursery of young musicians who learn the strings in high school and are globally celebrated veterans by the time they cross 30. Ikky Singh, the newest star on the horizon, who dreams of taking Punjabi music “everywhere”, was just 20 years old when he signed a deal with Warner Music Canada last year after Magical love got half a billion views on YouTube. Jandu, considered the father of the city’s distinctive style of music, mix of hip-hop and rap, with Punjabi lyrics and desi themes, is all of 32, while freelance videographer Rupen Bhardwaj was just 18 when he was discovered by Moosewala in 2018.

Everyone in Brampton knows how Moosewala, who was then the most-heard artist on Spotify, walked into Bhardwaj’s house, watched his videos and was floored. Bhardwaj dropped out of school to pursue his passion and has an impressive list of celebrity clients including Diljit Dosanjh. Bhardwaj has directed six videos for Moosewala, including Legend, which was shot in Brampton.

With people of South-Asian descent forming over 40 per cent of the population, there aren’t many barriers to entering the Punjabi indie scene in the city, also called “Singhdale”, “Browntown,” or “Bramladesh”. Over 20 per cent of the town speaks Punjabi, while Urdu, Gujarati and Hindi can also be heard on the streets.

Moosewala’s release of his breakthrough track So High in September 2017 coincided with the city’s music renaissance. Historically, Vancouver (West Coast) was the hub of Punjabi cinema and music. Punjab-born Jazzy B, who was raised in Surrey, and considered the crown prince of bhangra music was inducted into BC Entertainment’s Hall of Fame, for his significant contribution to the British Columbia entertainment industry. It earned him a star on Vancouver’s Granville Street in 2016. JC Dhanoa, a video producer based in Vancouver, says Surrey took the lead in Punjabi music and singer-actors such as Gippy Grewal, late Manmohan Waris, Sarbjit Cheema, Amrinder Gill, all have homes there. 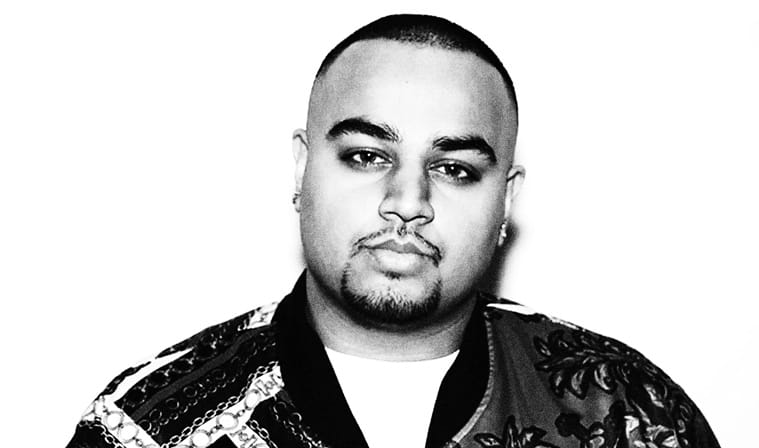 Moosewala‘s runaway success with millions of views on YouTube and collaborations with some of the world’s leading musicians became an inspiration for countless youngsters in Brampton. For a while, his music producer Byg Byrd was much sought after by aspirants.

Arun Sharma, the music producer who had launched the late Surjit Binjdrakhia, says Brampton is becoming a magnet for musicians because of the string of hits coming out of its studios. Gurmoh, an upcoming singer from Mohali, attributes it to the continuing flight of artists from Punjab to Canada. “Earlier, Jalandhar was the hub of Punjabi music industry, then it shifted to Mohali. But for the last few years, most of our top singers have bought a second home or taken permanent residency in Canada. It’s a push factor.”

Prabhjot Sohal, a Brampton-based radio host with Red FM Toronto, says the city welcomes new talent with open arms. “If you are a newcomer and you want to launch your music, you can get everything, be it lyrics, music direction, or videography. Most of these services, offered since the last five to six years, are run by new immigrants; often, they are Punjabis who came as international students to Canada.”

Despite the pandemic in 2019-20, the enrollment of international students in Canadian colleges, most of them coming from India in general and Punjab in particular, has soared to 2.2 million. They also turn out to be the biggest consumers of the local music industry. “Five out of 10 students from Punjab try their luck in the music industry, some succeed, some don’t,” says Dhanoa. Jandu, one of the pioneers of the Brampton music scene, says his only advice to youngsters is to work hard. “We don’t tell people that we will make a star out of them,” he says.

While singers from India head westwards, musicians in Brampton and Surrey look towards Punjab and Bollywood, for both numbers and critical acclaim. Doe, who was picked up by Dr Zeus in 2012, caught the ears of seniors among the diaspora in Brampton when he sang Lovely in the Shah Rukh Khan film Happy New Year (2014). Jandu says he began to be taken seriously only when the listeners in Punjab applauded him.

Listeners in Punjab are the main target audience because of their sheer numbers. “We even tailor our Instagram feed to suit Indian time,” says Dhanoa. In Spotify’s Punjabi 101 list, 20 per cent songs stream from outside India, mainly Canada, and 80 per cent from India. In 2020, Punjabi pop was the sixth-most consumed genre on the platform in India.

When Jandu started DJing in high school in 2005, there was no music scene in Brampton, even though the Punjabi diaspora made sure every event was celebrated with a big dose of music and bhangra. Youngsters enjoyed jamming in the evenings, but it stopped at that. Jandu did a stint as a musician in the UK before returning to release Gaddi at Brampton. Later in 2017, he made a splash with Aa giya ni ohi billo time.

Singers in the early 1990s like Raj Ghuman, arguably the first Punjabi woman to release a cassette in Canada, didn’t have it easy. Ghuman had to rely on gurdwaras, weddings and theater performances for word-of-mouth publicity. Aspiring singers would use banquet halls built by Indians as performance venues.

The rise of YouTube and platforms such as Spotify and AppleMusic took independent music to a new high, and gave singers a new audience. Sohal says now the trend is to get EPs produced and launched on Spotify and other online platforms. “Marketing is done through a mix of social media, influencers and events,” she says.

A common thread in all these songs is the brawny tone and lyrics lionising guns and violence. Brampton music is greatly influenced by American rappers and the hip-hop movement. One of Moosewala’s first hits So High was an out and out gangsta rap. Sharma calls it an old phenomenon. “It’s the articulation and glamorisation of dissent and it’s been part of Punjabi folk for a long time. The trick is to enjoy it and not imbibe it,” says Arun Sharma. Artists in Brampton have done a great job of mixing genres such as rap, hip hop, and pop with the Punjabi idiom, he adds.

In an essay “Migration Shaping Media: Punjabi Popular Music in a Global Historical Perspective,” Gibb Schreffler, an associate professor of music at Pamona College, California, blames the machismo in their music on globalization and patriarchy of Punjabi culture. “Through processes of globalization, Western patriarchy has infiltrated the Punjabi imagination and the patriarchy of Punjabi culture in turn, has moved into diasporic populations. This interplay is quite candidly on display in the world of Punjabi pop music,” he writes.

The singers also have to contend with the subterranean racial tensions. Many like Noyz and Ikky Singh, who sport turbans, have spoken of the challenges of looking different. Brampton has seen a flight of older settlers. Called “White flight”, many White families have left town, leading to Brampton being labeled a ghetto. Kristin Good, an associate professor of political science at Dalhousie University, Nova Scotia, Canada, blames it on the perception that the immigrant group doesn’t want to integrate, that there could be a cultural takeover and the fear of not being in the majority could be other reasons.

Both Brampton and Surrey are now staring at the threat of gun violence and gangs in real life, too. Sometimes, singers get caught in the crossfire. Public safety is a concern during concerts. In 2019, the Royal Canadian Mounted Police asked organizers to drop Moosewala’s performance at Surrey. In 2019, musician Karan Aujla was attacked in Surrey. Later, Interpol arrested gangster Sukhpreet Budda, who had taken responsibility for the attack, from Armenia. Soon after Moosewala’s murder, Canadian singer AP Dhillon wrote an Insta post on how a Punjabi artist has to contend with threats and hate-filled comments on a daily basis. In Punjab, Mankirt Aulakh has now sought security from the police, citing threats from the Bambiha gang. Industry insiders blame extortion and death threats by gangsters.

This may explain why some young musicians are making a concerted effort to widen the appeal of Punjabi music by making it more wholesome. That its allure transcends the Punjabi-speaking diaspora is evident from the YouTube Top 40 for Canada, which is always handsomely populated by Punjabi tracks.

In Surrey, rappers AP Dhillon, Gurinder Gill and Shinda Kahlon are doing their bit to celebrate South-Asian identity with their Brown Munde (Brown Boys), which became Spotify India’s biggest hit in 2021. In an interview, the singers said it is a unifying anthem. Bobby Friction, a London-based DJ, said, “It refers to all the Bangladeshi kids and the Pakistani kids and the Tamil and the Sri Lankan kids, the Sikh kids and the Hindu kids across the West.”

Back in Brampton, Ikky Singh, also a music producer, has tied up with Warner Music to help Punjabi artists create songs that appeal to everyone, across the boundaries of culture.

In a press statement, Steve Kane, president of Warner Music Canada, said, “We are so excited to partner with Ikky, and 4N Records. His creativity and passion are unrivaled, and we’re endlessly impressed by his ability to create hit songs that span cultural boundaries.”

Brand Brampton is all set to go global.

Inside Elvis and Priscilla Presley’s Unconventional Marriage and Divorce

Weekly Horoscopes for the Week of May 30 by the Cut