A new homeowner is sharing some details about a disappointing experience with a major
Vancouver developer, where what was promised does not appear to match what was delivered in their property.

Ever since they put down the deposit they’ve had what they’re calling a terrible experience with sales and marketing team. Lam notes that he knew Aragon to be a premium Vancouver developer recognized for their designs and craftsmanship.

“Unfortunately, my experience with their sales and marketing team since our walkthrough leaves much to be imagined,” he told Daily Hive.

According to Lam, the issues were made clear during the scheduled deficiency walkthrough, where several of the rooms were finished with a different color theme than what was agreed to.

This is what Lam says they were promised for the bathroom:

This is what Lam and his partner got: 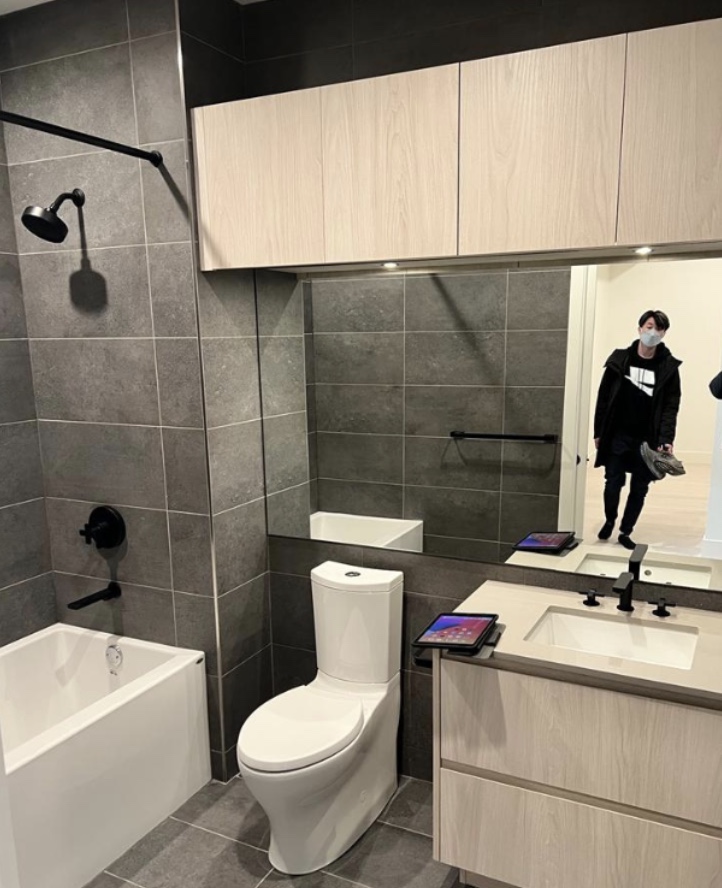 “My partner and I noticed immediately that the unit was completed with the wrong finishing color. This was a huge oversight as the furnishings include the entire kitchen as well as our bathroom,” said Lam.

It’s a similar situation in the kitchen.

What was promised according to Lam: 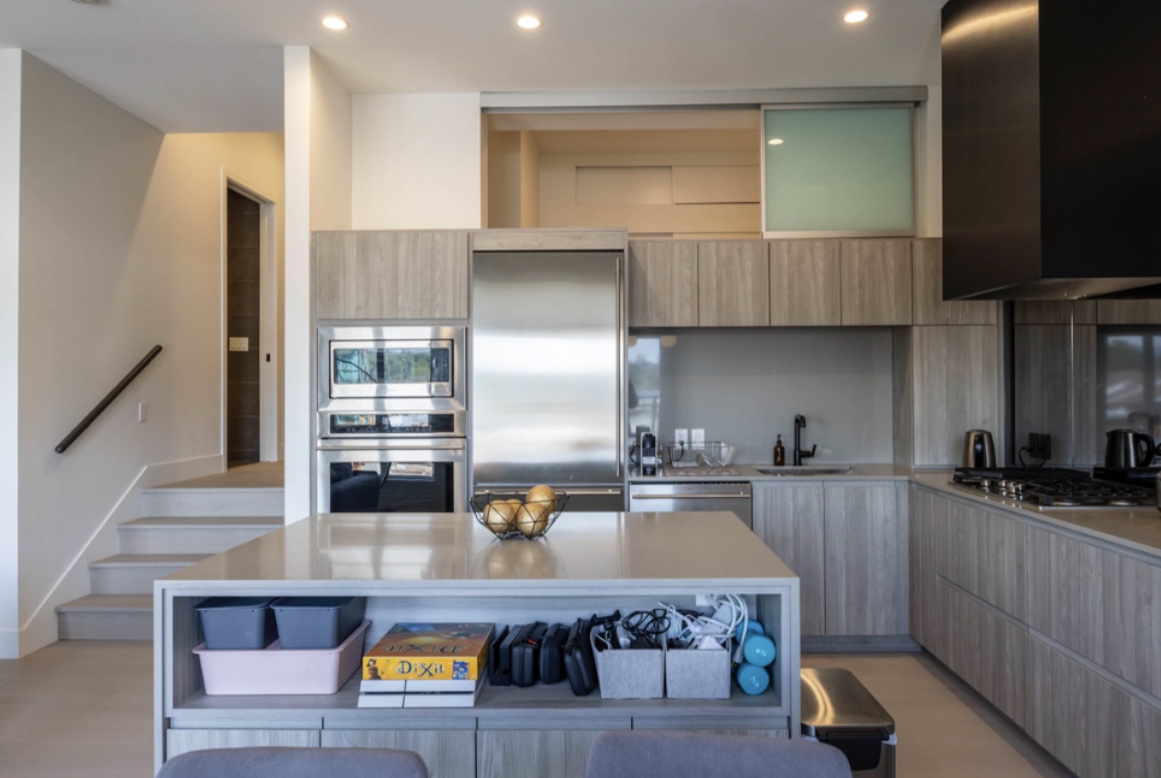 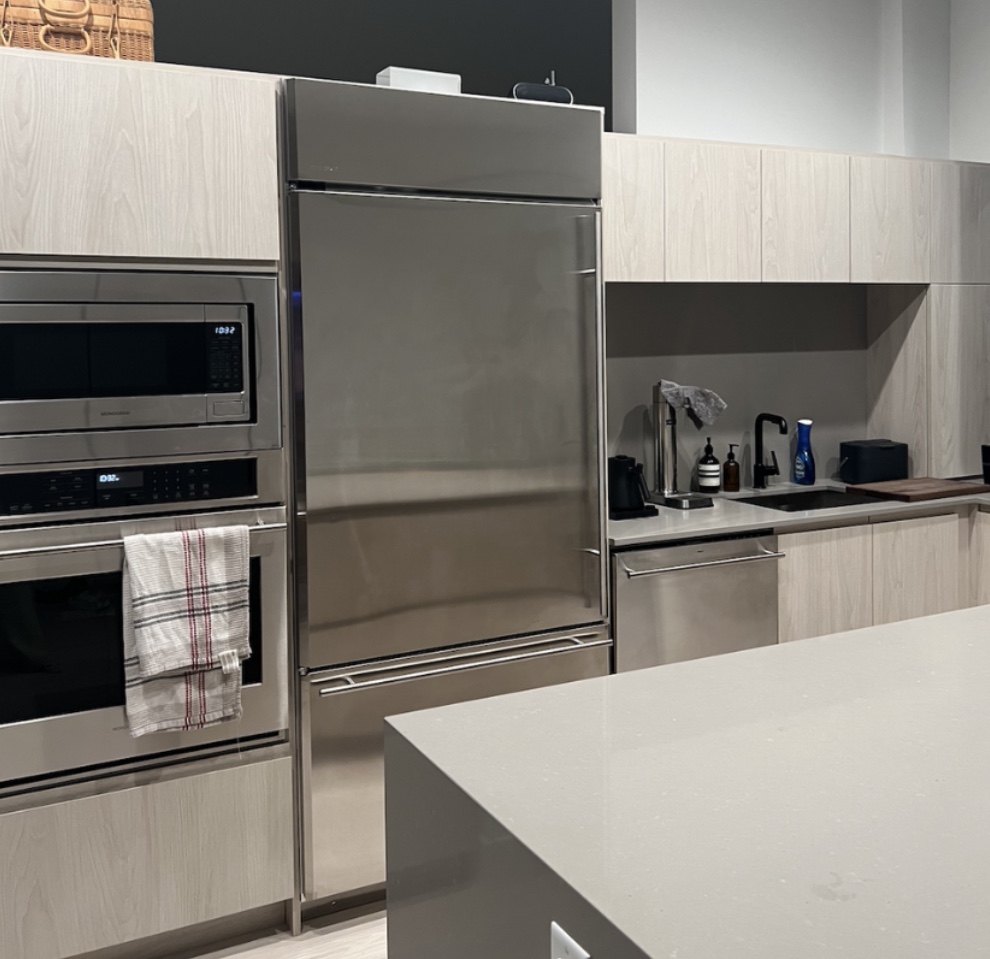 Instead of the fully dark theme they got a mixture of the light and dark.

Lam also claims that they initially forgot to put in an entire shelf in the laundry room that they originally saw in the show home. This is an oversight Aragon had admitted to which they have since fixed. 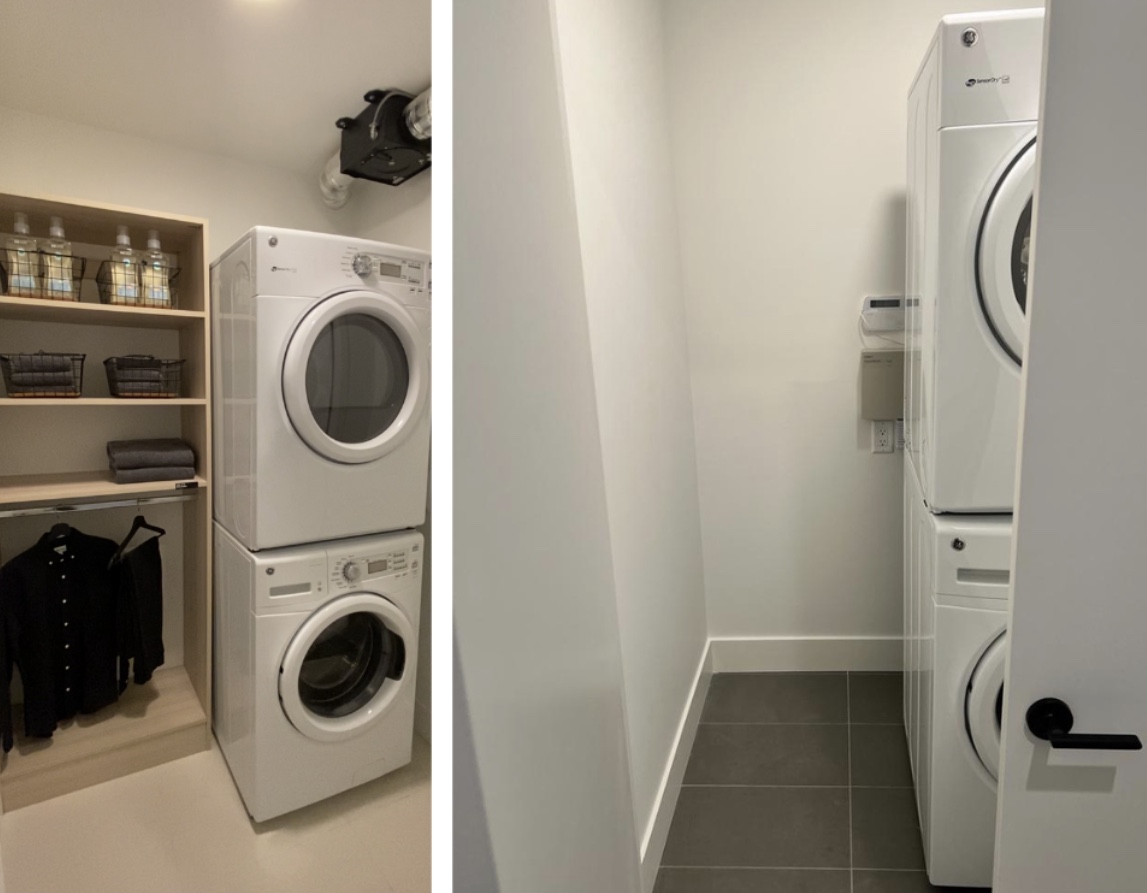 He compared the discovery to someone purchasing a black car but getting a white one instead.

“Considering how personal and central color and design are to apartment design, my partner and I were very upset by this development.”

When the couple relayed their findings to the Home Experience Manager Jackie Chan, Lam states that Chan seemed surprised. There was another member of the experience team who, with the manager, left to check out the other units to see how big the mistake might have been.

According to Lam, the response was to “mansplain to my partner the process of bulk order and how all of the components in our apartment were ordered and procured long ago at the beginning of construction.”

Lam and his partner were still “reeling in shock at what had happened.”

While this might all sound like first world problems, putting a ton of money down on your first home — something that many save up for years to do — only to see major design issues is disheartening to say the least to Lam.

“We had dreamed of this apartment for over a year and we’re so excited to finally move into our dream home. Our furniture had been bought with the dark theme in mind and we were just so distraught at what happened.”

As soon as the manager sensed the couple’s dissatisfaction, he asked if they’d be open to “monetary compensation.”

What the developer offered as a solution

Following the ordeal with the walkthrough, Lam claims the couple faced “total silence” from the Vancouver developer.

They tried calling the Aragon office and couldn’t get through. Finally the couple’s realtor contacted the developer, and the couple was sent an offer to cancel the entire deal.

“I was speechless. At no point in our interaction did we ever bring up the possibility of canceling.”

The couple suggested that the developer arrange to have the correct furnishings installed with the right color theme, or that they be compensated for the cost to replace it themselves which they estimate would have amounted to about $20,000.

Instead, they were offered a second storage unit for free which had a value of $7,500, and a reminder that “if we do not complete, that we would be fined for breaching the contract.”

“Although Aragon was absolutely correct in the breach of contract, this gave us little more than two days to consider their offer. I let them know of my rejection of their offer, and intention to complete as I have no other living arrangements,” said Lam.

He also said that the second storage unit was of no value to them, and that the proposed value wasn’t compensatory for the mistake. After a conversation between Chan and the owner of Aragon Properties, Lenny Moy, Lam was offered a free parking space in the parkade for two years.

This made more sense to Lam than a second storage unit, but it still wasn’t enough to warrant compensation for the mistakes. After expressing his displeasure to Aragon, the developer responded by standing firm on its offer, and stating in email exchanges that “after entering a binding contract, a purchaser must complete or will be forced to pay late penalties or forfeit their deposit.”

Lam sent Daily Hive a copy of one of the emails, which seemed to indicate that there was initially some agreement on the parking space before Lam changed his mind.

The developer also stated that there was no legal obligation to fix the mistake because from time to time, vendors vary or modify plans. Lam was in disbelief at the “terrible service.”

“This was not a small purchase that I was nitpicking details on, this was my home that I would spend the better part of my time inside.”

Lam is also hoping Aragon just recognizes its role in the dispute.

“To this day, we are still waiting for Aragon Properties to give us as little as an acknowledgment that they made a mistake”

Lam told Daily Hive that he shared his story on Facebook, and was surprised to see that others have had bad experiences with Aragon.

While it’s easy to understand the frustration of the couple, it might also be a cautionary tale for anyone purchasing new property or even renting.

Chan responded to Daily Hive’s request for comment with the following statement:

“We understand this situation is upsetting for our homeowner. Before closing, we presented multiple options to provide a solution to the color issue, including monetary compensation in the form of a free storage locker valued at $7,500 or two years of free parking, as well as the option to rescind their contract without penalty – none of which the homeowner agreed to,” states Chan.

“They instead decided to move forward with their purchase, and we have been in constant communication with them ever since. We care deeply about the communities and homes that we build, and this home is no exception.”

You now need to make an extra $18,000 to pass the mortgage stress test