Machine learning (ML) model developers frequently start with a basic backbone model that has been trained at scale and can be applied to a variety of downstream applications. Several popular backbone models in natural language processing, such as BERT, T5, and GPT-3 (also known as “foundation models”), are pre-trained on web-scale data and have exhibited general multi-tasking capabilities of zero-shot , few-shot, or transfer learning. Pre-training backbone models for many downstream jobs can amortize training costs, helping one overcome resource constraints when developing large-scale models instead of training over-specialized individual models.

Pioneering work in computer vision has demonstrated the ability of single-encoder models pre-trained for picture classification to capture generic visual representations useful for various downstream applications. Web-scale noisy image-text pairs have been used to train contrastive dual-encoder (CLIP, ALIGN, Florence) and generative encoder-decoder (SimVLM) techniques. Dual-encoder models are excellent at zero-shot picture categorization, but they are less suitable for common vision-language understanding. On the other hand, encoder-decoder approaches are good at image captioning and visual question answering but not retrieval-style tasks.

For this purpose, They describe a new encoder-decoder architecture. The encoder is a vision transformer (ViT), and the text decoder transformer is split into two parts: a unimodal and a multimodal text decoder. They cascade multimodal decoder layers with cross-attention to picture encoder outputs to learn multimodal image-text terms for captioning loss. This approach maximizes the model’s versatility and universality in accommodating a wide range of jobs while also being trained effectively with only one forward and backward propagation for both training objectives, resulting in little computational overhead. As a result, the model can be trained from the ground up with costs comparable to a naive encoder-decoder model.

With minimal adaptation, the CoCa model can be fine-tuned directly on various activities. Their model obtains state-of-the-art performance on several famous vision and multimodal benchmarks, including

It’s worth noting that CoCa achieves these outcomes as a single model that adapts to all jobs while being significantly lighter than previous top-performing specialized models. CoCa, for example, achieves 91.0 percent ImageNet top-1 accuracy while only employing half the parameters of the latest state-of-the-art models. Furthermore, CoCa gains a power-generating capability for high-quality image descriptions.

CoCa is compared to other image-text backbone models (without task-specific modification) and a variety of state-of-the-art task-specialized models.

Performance with No Shots

CoCa surpasses previous state-of-the-art models on zero-shot learning tasks, such as picture classification and cross-modal retrieval, and achieves exceptional performance with fine-tuning. On ImageNet, CoCa achieves 86.3 percent zero-shot accuracy while outperforming past models on challenging variation benchmarks such as ImageNet-A, ImageNet-R, ImageNet-V2, and ImageNet-Sketch. In comparison to previous approaches, CoCa achieves improved zero-shot accuracy with smaller model sizes, as seen in the image below. 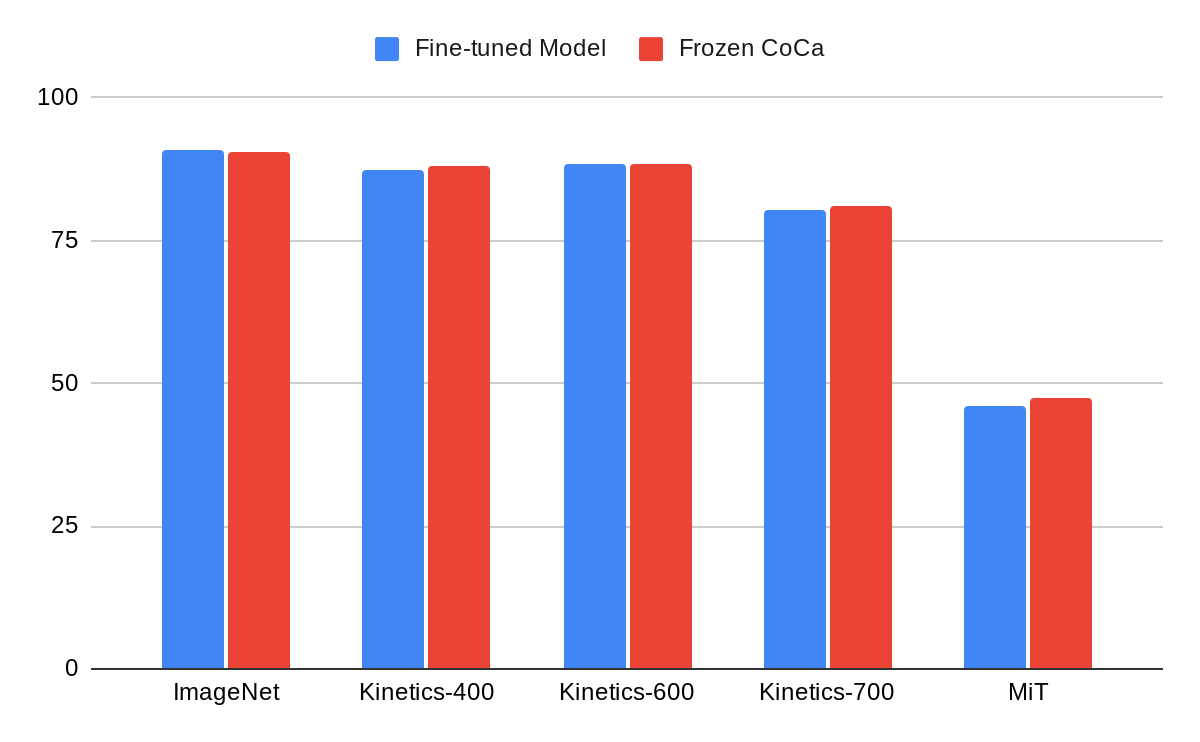 Contrastive Captioner (CoCa) is a unique image-text backbone model pre-training paradigm. This straightforward strategy is adaptable to a wide range of vision and vision-language downstream problems, and it yields state-of-the-art results with few or no task-specific adjustments.

Stadia gets three more indie games on the schedule

Looking for the iPhone 14 launch date? Shockingly, leaks suggest there might be more than ONE