The meat of Summer Game Fest 2022, also known as the “E3 Stand-In” season, has essentially concluded, with plenty of showcases from the majority of the biggest names in gaming. While some might try to suggest that 2022 was a bit more of a subdued year when it comes to summer gaming announcements, there were still a lot of games and reveals worth getting excited about.

Despite that, there was a selection of games and companies that were conspicuous by their absence. For whatever reason, these properties didn’t make an appearance, or not much of an appearance anyway, leaving fans to wonder what happened to them. Here’s all the biggest omissions and absences from Summer Game Fest 2022.

Summer Game Fest 2022 wasn’t a bad event for Nintendo Switch owners, as there was a cavalcade of games and announcements for the Japanese publisher’s handheld platform, but the publisher themselves has yet to make a full appearance. Typically during E3 season, Nintendo likes to hold one of their big boy Directs to showcase their upcoming line-up, but that hasn’t come to pass, at least not yet anyway.

In truth, Nintendo will likely have a Direct or two between now and Gamescom in August, so anyone who’s hoping to see what the future of the Nintendo Switch looks like going into 2023, you shouldn’t be waiting too long to see more info on Breath of the Wild 2, Bayonetta 3 and more. Hey, maybe we’ll even get an announcement regarding an Advance Wars release date. Wouldn’t that be lovely?

Rockstar has never typically been one to follow convention, so to see them not being featured at all as part of Summer Game Fest 2022 isn’t all that surprising. Still, it would have been lovely to see Rockstar show up and actually announce GTA VI, just to give the people online who were commenting with that as their preaching some gratification.

By all accounts, Rockstar are deep in development on GTA VI, but perhaps an announcement of a next-gen version of Red Dead Redemption 2 would have gone down a treat, especially for players who are sick of seeing GTA V show up in every single gaming showcase since 2013. Please make it stop.

Xbox had a strategy when it came to their showcase: they wanted to focus on gameplay, and for games that are launching within the next 12 months. As a consumer, it’s great to hear something like that, because it gives you an excellent indication of what the next year as an Xbox owner will look like, but as a Fable fan, it stung to see the new game was missing from the overall showcase.

Xbox has a metric ton of games in their development schedule, and most were announced in the last year or so via a CGI trailer, so it’s not surprising that Perfect Dark, Avowed, Contraband and others didn’t make an appearance, but the lack of Fable is more shocking. It feels like it was announced about a decade ago, but the news well has been dry practically ever since. Hopefully, we’ll see what Playground Games have been up to in the near future.

Many expected to see the biggest contender for game of the year, either in this year or the next, during last month’s State of Play showcase, but considering that event was focused on third-party reveals, God of War Ragnarok being a no-show makes sense. The fact it wasn’t included as part of Summer Game Fest Live! though left some scratching their heads.

According to reports and rumours, God of War is seemingly on track for a release by the end of the year, so the fact we’ve not seen anything yet is strange, or at least was strange. It feels like studios are unwilling to commit hard to release dates thanks to COVID, as the changes in the world can cause release dates to slip and so on. Still, no release date yet for God of War seems like a strange turn of events.

Does it count as an omission if it hasn’t even been confirmed in the first place? While Soulslike fans were obviously incredibly excited about Elden Ring before launch, it feels like few were truly prepared for the cultural touchstone that it became at the start of 2022. Summer Game Fest would have been a perfect time to strike while the iron is hot, but that didn’t come to pass.

Now, there’s no guarantee that Elden Ring will even receive DLC, as not every FromSoftware game has received post-launch content. However, the Dark Souls games absolutely have, and given the amount of cut content that’s been found with the code of Elden Ring, it feels like the biggest game of 2022 is crying out for even more content. Look, just give me a reason to jump back into The Lands Between. 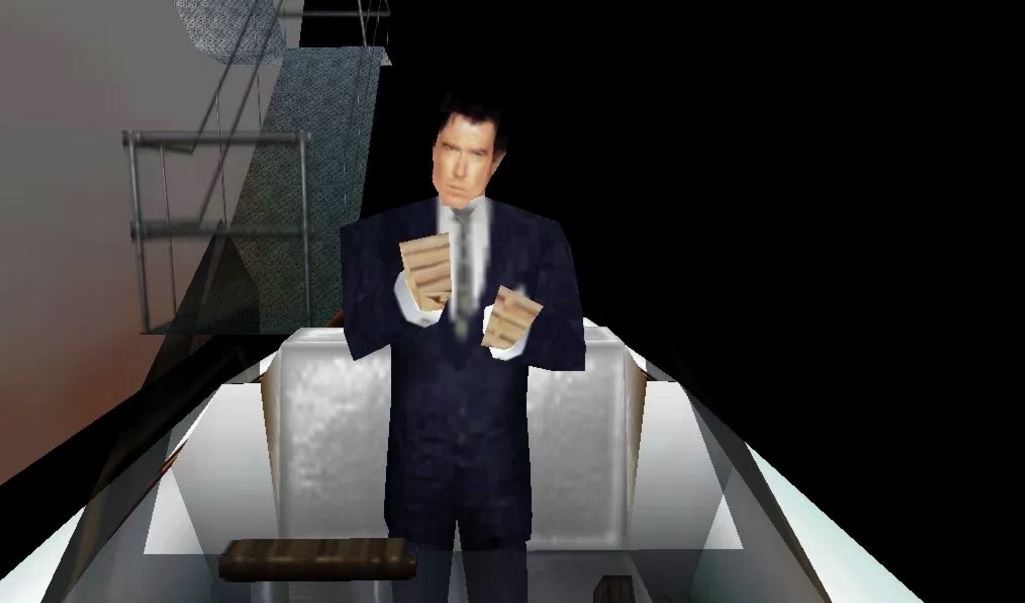 While a new Goldeneye port hasn’t actually been confirmed by anyone at this juncture, you don’t get more confirmed than seeing the achievements pop up on the profiles of certain Rare employees. A HD version of Goldeneye HD is real, and it’s coming, but for whatever reason, it didn’t make an appearance during Summer Game Fest or the Xbox showcase.

There could be a number of reasons for this, but given Goldeneye’s status as a Nintendo 64 game, it’s possible that Ninty has the rights to actually announce and promote the game, especially if it ends up being included in their N64 emulator as part of the Switch Online Expansion Pack. Either way, expect James Bond to make a big comeback at some point soon.

While neither of the previous entries have been confirmed, they certainly have a lot more evidence that they exist or should exist. However, after the Xbox & Bethesda conference concluded, there was one game trending on Twitter: Killer Instinct. A new game might not have been confirmed beforehand, but a lot of people consider no Killer Instinct to be a pretty huge omission.

After dominating the arcades and home consoles in the 90s, Killer Instinct dropped off the face of the earth until 2013, when Double Helix and Xbox Game Studios revived the series for Xbox One. To this day, that version of Killer Instinct stands as one of the best fighting games ever made, so it’s no surprise that so many people would love to see a sequel.

Summer Game Fest wasn’t short of superhero action, between Gotham Knights and Midnight Suns, but one upcoming superhero game was nowhere to be seen: Suicide Squad: Kill The Justice League. Rocksteady’s upcoming foul mouthed and violent adventure was last seen when it was pushed back to 2023, but a new trailer or reveal for the game would have been great.

While it’s not the “biggest” omission on the list compared to some others, I personally believe that Suicide Squad: Kill The Justice League looks better than Gotham Knights. I’d just rather see more footage of Samoa Joe playing as King Shark than listen to how Batman is dead and the Bat Family has to pick up the pieces.

An update in the form of a new trailer or an incredibly wave release date would have done wonders for fans who have seemingly been placed for a while with filler games. Meanwhile, the big release has been pushed back time and time again. An extravagant re-reveal trailer or some kind of news would have been perfect during this not E3 season.

With Xbox making the decision to focus on games set to launch within the next 12 months, seeing a game like The Elder Scrolls VI was nothing short of a pipedream, especially when you consider that Bethesda are currently all systems go on the creation of Starfield. Still, there’s arguably even more players looking forward to a new Elder Scrolls game, and a bit of news their way would have gone down a treat.

Again, Bethesda have other priorities at the minute, which is understandable, and it’s been indicated that we won’t be seeing TES VI getting released for a long time yet, but even another short stinger to close the showcase would have been nice. Just tell us the subtitle or where it’s going to be set, please. A crumb of news, I beg of you.

Some of the coverage you find on Cultured Vultures contains affiliate links, which provide us with small commissions based on purchases made from visiting our site. We cover gaming news, movie reviews, wrestling and much more.